Our blog has moved... 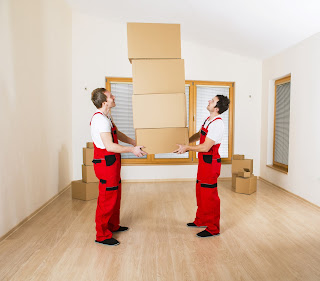 OUR BLOG HAS MOVED...

You can now find us at:

Come on over...pop in and borrow a cup of sugar... 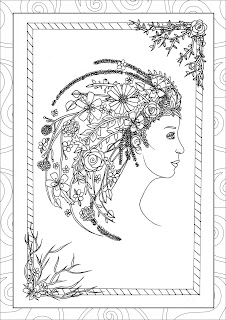 The tale of Blodeuwedd, the Welsh Spring Goddess, is found in the forth branch of the Mabinogion, the earliest collection of Welsh prose stories of Gods, heroes, myth and legend. In order to share with you the legend of Blodeuwedd, it is necessary to tell the whole story, although this is only a brief description, for more information see 'The Mabinogion', translated by Lady Charlotte Elizabeth Guest. It is a twisting tale of betrayal and transformation, that involves several other characters and starts long before the creation of Blodeuwedd.

The tale begins with the Welsh King Math ap Mathonwy, or Math son of Mathonwy. Math could not exist unless his feet were laid in the lap of a maiden, unless he was in battle. At the time his maiden was Goewin, the fairest maiden in the land, but unknown to Math, his nephew Gilvaethwy had become obsessed with her and with the help of his brother Gwydion devised a distraction to take Math away from home, leaving Goewin without protection, he then raped her, and she became pregnant. On his return Math married her to save her honour and banished his nephews, turning them into a breeding pair of three different animals for three years.

When the three years were up and the brothers forgiven, Math asked Gwydion for advice in choosing a new foot holder, Gwydion suggested his sister Arianrhod, but when she was taken before the King she was asked to step over his wand to prove her virginity, as she did so she gave birth to a son, she fled in shame, dropping another small bundle as she went. Before anyone could have a proper look, Gwydion scooped the bundle up and hid it in a chest. Math picked up the first son and decided to have him baptised and named Dylan, as Dylan was baptised he plunged into the sea and swam away.

Gwydion discovered that the small bundle was in fact another son and took on the care and upbringing of him, when the child was four he took him to visit his Mother, who out of shame and anger cursed the boy that he would have no name unless she gave it to him. Gwydion was a wise and powerful magician and tricked Arianrhod into giving the boy a name, Lleu Llaw Gyffes, meaning ' the fair- haired one with the skilful hand.

Realising she had been tricked, Arianrhod placed another curse on Lleu, that he would never take up arms, unless she gave them to him. Time passed and Lleu grew into a strong handsome young man. Again, Gwydion used trickery to deceive Arianrhod into giving Lleu arms. Realising she had again been tricked, furious Arianrhod placed a third curse on Lleu, that he would never have a wife of the race that inhabit the earth.

Gwydion was out of tricks, so he visited a sympathetic Math and together they created a beautiful maiden from the blossoms of Oak, Broom and Meadowsweet, they gave her the name 'Blodeuwedd', meaning 'Flower face'.

Soon after Lleu and Blodeuwedd married and seemed very happy together. But one day when Lleu was away visiting Math, a nobleman named Gronw Pebyr, who had been out hunting called at the castle of Lleu asking for shelter, Blodeuwedd agreed and during the course of the evening they fell in love with each other. Blodeuwedd knew that she would never be free to be with Gronw while Lleu was alive, and he was virtually impossible to kill.

Together they came up with a plan to kill Lleu and once he returned to his home, she set about persuading Lleu through flattery to tell her how he could be killed. He told her that he could only be slain by a spear that had been made over the course of a year, on a Sunday at dusk, while standing on a bath beside a river, with a thatched roof covering it, and he must have one foot on the edge of the tub, and the other on the back of a goat.

Blodeuwedd passed this information onto Gronw, and a year later tricked Lleu into demonstrating how he could be killed. Suspecting nothing Lleu did so, and at that precise moment Gronw, who had been hiding nearby leapt out and threw the spear at Lleu. Instead of dying Lleu transformed into an eagle and flew away. Gronw and Blodeuwedd believed that they would not see him again and set up home together in Lleu's castle.

Gwydion was distraught when he heard the news and went searching for his nephew. Eventually he followed a pig and found an eagle sitting in the top of a tree, his decomposing flesh falling to the ground where it was eaten by the sow. Gwydion called Lleu down from the tree by reciting three stanzas of poetry called an Englyn, he transformed him back into a man and over the following year, nursed him back to health.

When Lleu recovered he swore revenge on Gronw and together with Gwydion they made their way back to reclaim Lleu's castle. When Blodeuwedd heard they were coming, she fled with her ladies to the mountains, they were so scared they walked backwards to ensure they were not being followed, they feel into a lake and were all drowned except Blodeuwedd. Whilst Lleu went after and killed Gronw, Gwydion quickly caught up with Blodeuwedd, and instead of killing her he turned her into an owl, saying that: ' thou shalt never show thy face in the light of the day henceforth' and that all the other birds would attack her and chase her away from wherever they may find her.

He allowed her to keep her name and she has remained in this form ever since, mourning the loss of her one true love.
It's easy to initially judge Blodeuwedd as a betrayer, but in a more sympathetic light she was created to be nothing more than Lleu's wife and had no say in the matter. She could never follow her own dreams or be her own person while Lleu lived.
Amy Sophia Marashinsky writes in her Goddess Oracle that the real story is about the archetypal forces. Blodeuwedd represents the fertile earth goddess, hungry for the blood of the sacrificial king to fertilize her soil.

Whatever the true meaning behind the story, Blodeuwedd reminds us that relationships are fragile, and that beauty is only skin deep. She is a goddess of life and death and can be worked with for: 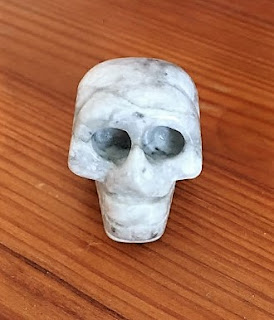 It was my birthday on April 1st and I was blessed to be gifted, from a very dear friend of mine, a beautiful white howlite skull.

I’m a bit of a fan of skulls - not real ones, I hasten to add. I used to collect and was given, all sorts of different ones - pewter gothic ones, Celtic tribal tattooed ones, skulls with ornamental ravens on top, alchemy gothic worry stones etc...

Although I still have them all, I prefer to collect the crystal variety. I only have one other to date - blue apatite but this white howlite one was a crystal skull that I have wanted to get for a while, so was very pleased when I received it.

Holding the crystal in my hands, I closed my eyes and let the words and feeling come to me... clarity, understanding, expression, thoughts, healing, intuition.

Howlite originates from Canada and depending on the grade, will be of varying shades of white. Mine is a good grade of howlite - snow white colour with grey markings and opaque. It is also a stone that can be dyed - very often you will see the blue variety or maybe a red one.

Howlite has many properties - mainly to do with helping stress, anxiety and tension. It will calm and soothe the mind and in turn, aid a restful night’s sleep. Feel angry? or aggressive? White howlite can remove those feelings. Hold one in each hand, sit and close your eyes and feel the energies of this wonderful stone work to calm and restore feelings of calm and placidness.

Howlite does have properties relating to clarity, understanding, expression and thought which was what I felt while holding it. If you’re seeking inspiration or motivation, this is one to work with. It allows you to understand what it is you want from life and from others and yourself and gives you the confidence to go for it. It lets you express yourself verbally too - freely and effectively.

Howlite can help with your metabolism and to heal various skin conditions as well as promote a healthy skeleton. It can assist with purifying the blood system and to reduce pain associated with the muscles.

Focusing on howlite can assist while journeying allowing you insight to past lives. Burning a grey candle too will amplify your experience.

I referred back to my blog post on my blue apatite crystal skull and it was interesting to read that my thoughts on that crystal almost mirrored this one - thought, intuition, knowledge, higher self and inspiration. I definitely think the skull aspect of the crystals tie in with the crystals own properties - harmonizing with them and giving you a focus to understand how each one works for you...